The capital of the Cyclades, approx. 130 km from Athens. Syros is called the “Lady”. There are many different opinions regarding its name, but the most approved one is that it comes from Phoenician and it means “rocky”.

The island is inhabited since the second Proto-Cycladic period, which means that there was a civilized community leaving on Syros since the 3rd millennium B.C. Homer is calling it Syrii. Rich history covers this island through the years, having a very important port and being attacked by pirates, Venetians, and so on.

The Venetians forced the inhabitants to turn to Catholicism and up to now, it’s the only place in Greece, having so many Catholics.

In Modern Greek history, Syros (or Syra) was an industrial island with its shipyards being very famous. Even the first Greek steamboat was built there in 1854. Also, the first workers’ strike in modern Greece took place there in 1879. By the end of the 19th century the island was so rich that had a population of 30.000 people.

On Syros was born the first president of the International Olympic Committee (IOC), Dimitrios Vikelas in 1835.

Τhe island is 83,6 km2 and nowadays has a population of approx. 21.500. The capital of the island is Ermoupoli (the city of Hermes) and there are many well-known villages as Ano Syros, Megas Gialos, Finikia, Posidonia, etc.

We’ll mention here only a few of the island’s sightseeings. You can discover all the others on your own.

All around the year many religions, both Orthodox and Catholic, events take place, if want to watch and take place to a teal island festival.

Since Syros is the birthplace of one of the most famous “rebetis” (https://en.wikipedia.org/wiki/Rebetiko), Markos Vamvakaris, a lot of musical events with rebetika music take place.

Whatever you decide to do on Syros, for sure you’ll enjoy every moment! 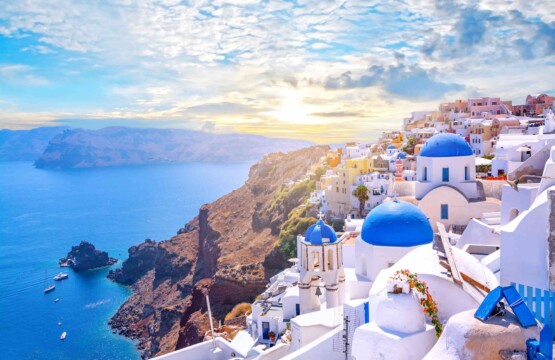