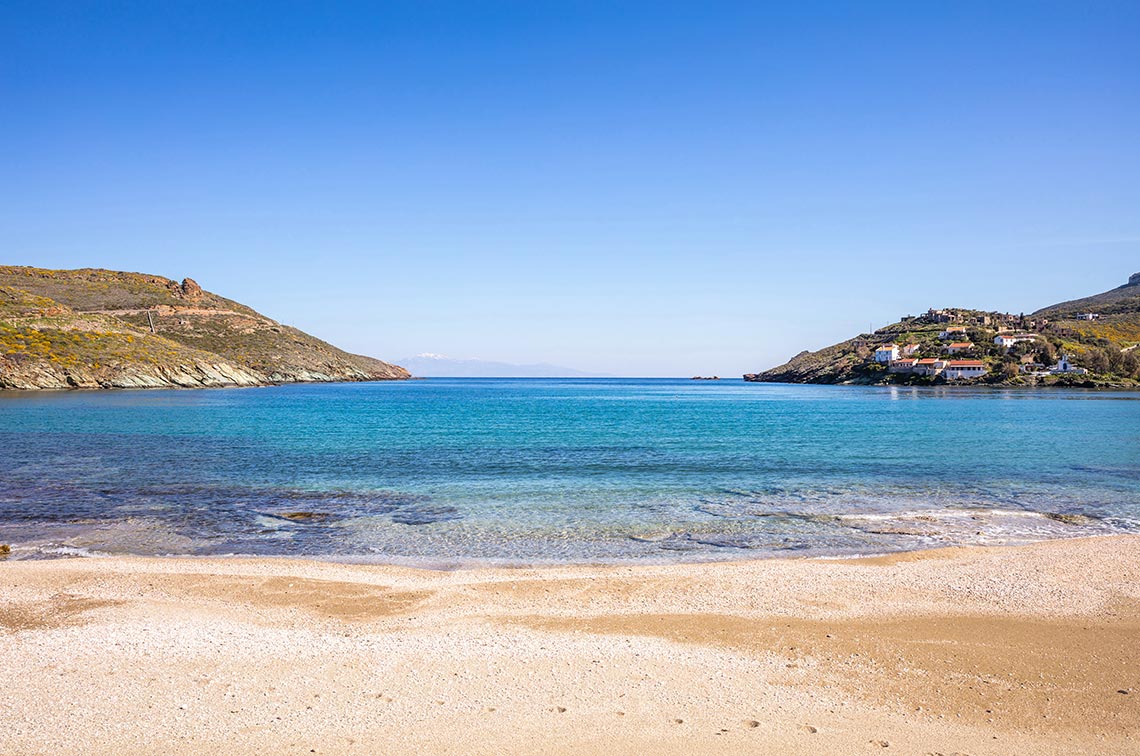 The closest to Attica, approx. 40 miles, island of the Cyclades, is named after the ancient hero Ceos, son of Apollo. Its first name was Hydroussa and during the occupation by the Franks, the island was named Tzia, the name that is also used today along with Kea. Kea is facing Lavrio and is between Makronisos or Island of Helen and Kithnos.

The island was inhabited since the Neolithic period and has a rich historical background. One of the most famous lyric and choric poets of the classic period, Simonides of Ceos was born here. Kea was so famous for the political system that the great philosopher Aristotle wrote a book about it.

Kea has only 2.500 inhabitants that mainly live at Korissia or Livadi – the port of the island, Ioulida – the capital, and Vourkari.

The most beautiful beaches are in the northeast part of the island with the most famous: Spathi, Otzias, and Koundouros. There are many tiny, almost private beaches, round the island.

Twelve routes with excellently preserved paths offer the trekking lovers the opportunity to walk around the island and see the amazing landscape, with trees, flowers, and herbs. Kea is part of Natura 2000.

At the end of July-beginning of August, a unique event takes place on the island. The Fairy Tales Festival, in which storytellers travel children and adults, through stories, myths, fairytales, and music, to magic.

At the end of October, the festival of Oaks takes place, as one of the last oak forests in the whole Aegean exists on Kea.